Welcome to the Smith Macdonald Report, our examination of the 1st three months of the Lamoille County VT residential and land real estate market. This report uses market-wide data based on transactions that closed in the first three months of 2014 and compares them to closings that took place during the first three months of 2013. Closings usually occur four-to-eight weeks after a contract is signed for that reason, the sales activity charted here reflects transactions that closed during and through the end of the 1st Quarter, and does not include contracts signed that have not closed.

Outside of Stowe, the rest of Lamoille County saw an increase in residential sales in the 1st quarter as well - up 38%.  This mirrors the increase seen when comparing the last quarter of 2013 to that of the year before. The median sales price increased 8%, and the average 32%.  The Inventory dropped even more significantly than Stowe - 27%.  The number of Land sales was just 1 less, and the amount of inventory there remained almost unchanged.  The majority of the home sales, 53%, were under $200,000. 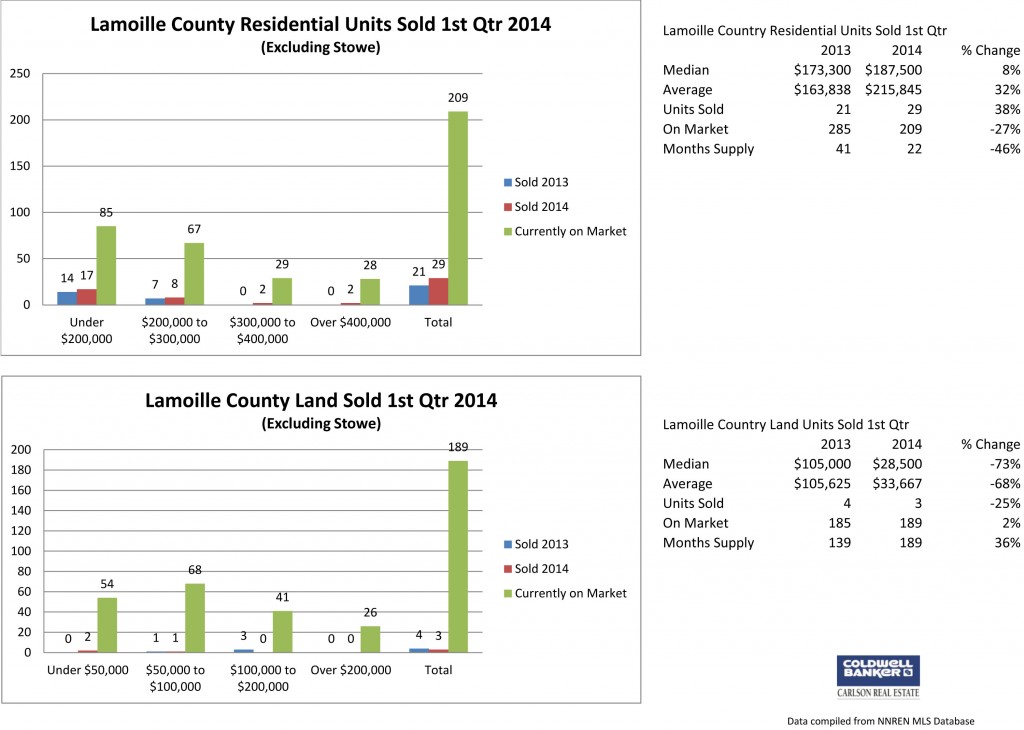